This page may contain affiliate links to crystals and/or other products. I generally receive a commission for purchases made through these links.

It’s been a powerful year, and release and regeneration have emerged as constant themes.

In the process, many relationships, ways of being, communication styles, and other ingrained situations and habits have been considered, upended, and ultimately reformed or released entirely.

One consistency in all of this is that those things that have buried deep in our psyches have continued to come up in our lives – the stories, traumas, conditioning, worries, doubts, and secrets that we have tried so hard to push down keep rising for our examination.

For those souls who haven’t been working continually to resolve lingering wounds, these issues are likely to have risen in an even more dramatic way, forcing heavy review. And as we prepare to head into Scorpio at the end of October, which rules the house of death and rebirth, those things that haven’t yet been addressed are likely to rise again for clearing.

It‘s important to address things head-on instead of pushing them down.

Those facets of our being that we don’t like to acknowledge or express are collectively known as our “shadow,” and it’s essential with any self-love or spiritual practice to love all of ourselves, even the parts that we don’t normally rave about.

The ultimate goal of “shadow work” is to bring those hidden pieces of ourselves into the light so that we can heal them and integrate them fully without shame.

But what if the memories, analysis, and healing get to be too much?

Are there ways to alleviate some of the pressure or to cope?

As I discuss in my recent article, grounding is essential.

Make sure that you’ve attended to the necessities – it’s important to get adequate rest, drink plenty of water, and eat nutritious foods so that you have the physical support to move past tough emotions and properly detoxify your body of any associated energy.

After you‘ve taken care of the basics, set your intentions.

For the most transformative shadow work experience, pick a topic or set of memories that have plagued you the most.

Are you afraid of abandonment, and have you experienced a lot of betrayal? Do you tend to pick the same type of romantic partners, only to have the same result at the end? Have you had repeated boundary issues with friends and colleagues?

Once you‘ve selected a point of focus, pull out your crystals!

As your shadow rises and forces your attention, work with the following crystals to uncover, illuminate, address, and shift the patterns and other issues that you need to heal.

For Grounding During the Process

For Uncovering and Illuminating Hidden Patterns

For Healing the Pain That Rises

For Identifying and Determining Solutions

For Shifting to More Beneficial Choices

Are you looking for more support?

Clear your energy with any of the following healing sessions as you’re completing your shadow work.

Consider my Chakras 2.0® program to exit the Matrix, upgrade your energy system, and expand your reality. 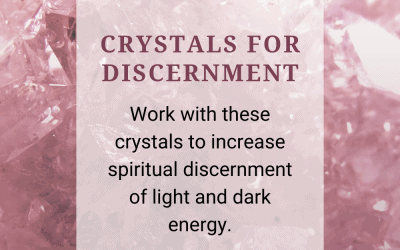 Work with these crystals to increase your spiritual discernment of light and dark energy. 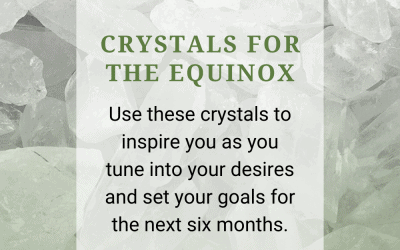 Crystals for the Equinox

Make the most of your equinox by meditating on and setting up your goals for the next six months. Use these crystals for inspiration. 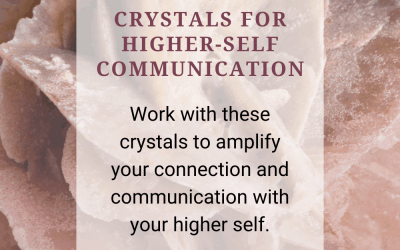 Connect with your higher self using crystals that fine-tune intuition, deepen meditation, and invite divine inspiration.

This website uses cookies to improve your experience while you navigate through the website. Out of these, the cookies that are categorized as necessary are stored on your browser as they are essential for the working of basic functionalities of the website. We also use third-party cookies that help us analyze and understand how you use this website. These cookies will be stored in your browser only with your consent. You also have the option to opt-out of these cookies. But opting out of some of these cookies may affect your browsing experience.
Necessary Always Enabled

Any cookies that may not be particularly necessary for the website to function and is used specifically to collect user personal data via analytics, ads, other embedded contents are termed as non-necessary cookies. It is mandatory to procure user consent prior to running these cookies on your website.